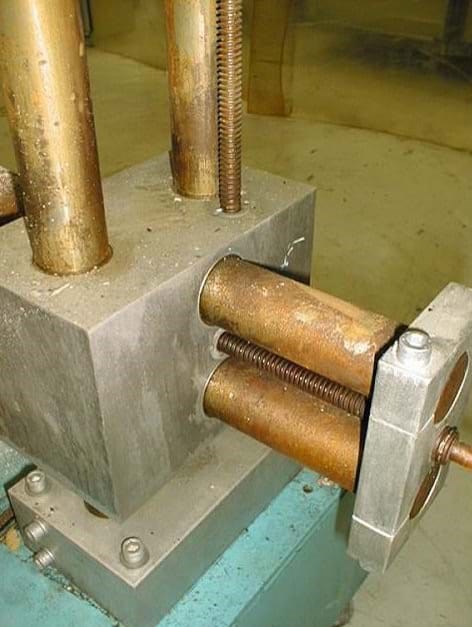 One of the most recognizable types of damage to equipment is corrosion.

Corrosion, or oxidation, is a change in the properties of metal caused by chemical reactions between contaminants and metal surfaces. Within electronics, this change in chemical properties also results in a change in the conductivity of the metal. These conductivity changes often result in spurious operation of the equipment as the corroded devices may not pass electrical and data impulses properly.

The mechanism of corrosion is dependent upon many factors, including the type of materials utilized in the construction of the affected equipment, the type and concentration of corrosion and the amount of moisture in the air. Depending on these factors, corrosion can progress rapidly and render equipment irreparably damaged within 24 hours of exposure. Other equipment can sit for weeks without degrading if the contamination levels and environmental factors are favorable. Because each piece of equipment will react differently to corrosive elements, we recommend businesses with impacted equipment contact a qualified equipment restoration company as soon as possible so that proper contamination analysis and preservation techniques can be implemented.

Failure to do so may result in additional, serious conditions such as Mechanical Binding, Overheating or Electrical Shorts.

Aside from corrosion, certain types of equipment, such as disconnects in electrical switchgear and spindle motors in disk drives, can be damaged by mechanical binding if the contamination is not removed. Mechanical binding occurs because the contamination, whether corrosive or inert, acts as an abrasive and generates intense, localized heating. This heating reduces the viscosity of any lubricant present, which causes metal parts to rub and generates additional heat, resulting in a further reduction in viscosity. This cycle continues until the device binds and cannot move.

Another concern with corrosion is the overheating of electrical and electronic devices. The residue and contamination deposited from the loss event may not be highly corrosive, but it still may prevent sensitive micro-electronic components from properly dissipating heat. Over time, which may vary based on the thickness of the contamination and the types of components exposed, this continual buildup of heat can cause the device to fail. As an example, most processor-based equipment, including computers, telephone central office switches and CNC controls utilize heat sinks and fans on the processors to facilitate in the heat dissipation because the processors are so sensitive to overheating.

Intense, localized overheating can also occur to electro-mechanical equipment as a result of contamination. A good example of this is contactors in motor starters or switchgear. The contamination is not as conductive as the metal used in the contacts and the higher resistance of the contamination causes localized heating in the area. This heating causes the resistance to further increase in the area, which produces additional heat. Depending on the functionality of the device, the equipment may merely cease to function or worse, in the case of high voltage apparatus, may result in an explosion or fire.

Electrical shorts are another concern in contamination losses. Not only may smoke contamination be conductive, but water contains impurities that are also conductive. As a result, electricity may flow across areas or devices where it was not intended to flow. The end result may be an electrical short circuit and resultant damage to the equipment.

In Mid Jutland, Denmark, a honey production facility experienced a loss when a centrifuge caught fire. As the operator entered the room, the electricity was cut off and the room was filled with smoke that covered the whole area with a sticky soot. The inside carousel of the centrifuge was completely stuck and the bottom side of the tank, the heating element, thermostat and its isolation were completely burned.
Read more »